Which of the U.S. Presidential candidates is more trustworthy? Donald Trump or Hillary Clinton? The Toronto Debating Society argued the issue on October 25 in a comedy debate.

Since 1995 the Society has been meeting every other Tuesday from September to May to debate on any number of issues. Dean Girard, a member who has been with the organization for 19 years, the idea to debate serious matters in a comedic way arose organically as the group grew.

There were four debaters who were in teams of two, and the format for was modeled after the House of Commons. The two sides are identified as the government, who argued that Clinton was more trustworthy, and the opposition. For this debate trustworthy was defined as someone who could be “relied on as honest or truthful.”

After the debate the adjudicator for the night announced that the opposition won. 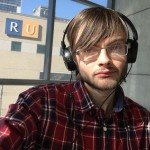